In Abaqus, there is an Abaqus Scripting Interface to control Abaqus/CAE models and analysis jobs. The programming language Python is used for the script. This feature is detailed in Abaqus Scripting User’s Guide. Here is a simple but fair detail and completed explanation on the basic rule for Python language.

This explanation is from coffeeghost.net as a picture. It’s for those who have basic programming experience to get familiar with Python style in a few minutes. It’s also useful to the beginners for a fast reference. 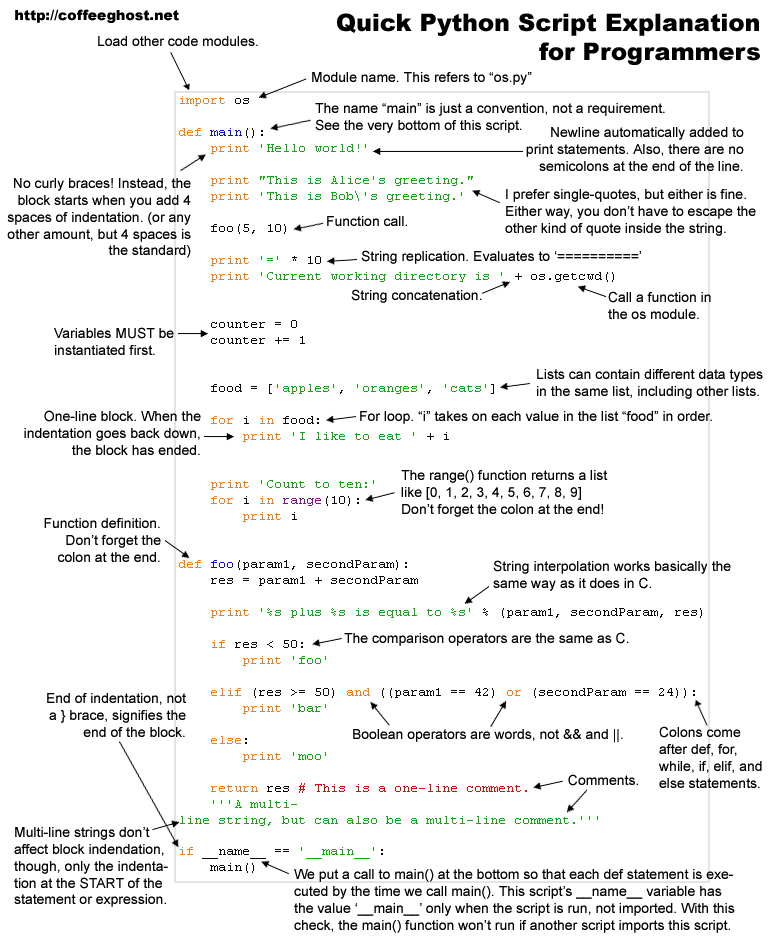 In this picture, the basic grammer rules and coding style are detailed in a simple example. The main content includes:

This is a brief list of need-to-known for those who want to take the advantage of script in Abaqus.©